The novel coronavirus triggers COVID-19 a potentially deadly pulmonary disease with little epidemiological evidence for the wide range of clinical outcomes. Medical professionals hypothesize that underlying conditions are major risk factors for the mortality of the disease in the absence of substantial data.

One of those underlying conditions is lung damage. It is known that vaping can damage the lungs to varying degrees. With a global pulmonary pandemic, there is good reason to want your lungs to be as healthy as possible. To do this it makes sense to reduce or eliminate the activities that harm the lungs. Harm to the lungs can not only affect the susceptibility to the novel coronavirus, but also the severity of COVID-19. Now is a good time to re-evaluate your smoking and vaping habits.

Mistrust in ENDS companies may result in dire consequences for public health. In fact, Public Health England (PHE) is now echoing a concern raised by the U.S. FDA – namely the potential increase of combustible nicotine product usage, due to the current perceptions of ENDS companies and brands.

In March 2020, PHE Director of Health Improvement, John Newton, stated, “…Safety fears may well be deterring many smokers from switching, leaving them on a path to years of ill health and an early death due to their smoking…” This same shift in public perception is occurring in the U.S.

A flawed study by Public Health England (PHE) is being used by ENDS stakeholders to advance the notion that ENDS, without exclusion, are 95% safer than combustible products. The problem? It’s simply not true. So, what exactly is wrong with this study and why can’t this “95% safer than combustion” claim be taken seriously?

The CDC amended its recommendation to avoid THC containing vaping products, and for all youths and women who are pregnant, to abstain from all vaping and e-cigarette products. This change walks back precautionary recommendations after the latest outbreak of E-cigarette, or Vaping, product use Associated Lung Injury (EVALI). Previously the CDC recommended avoiding e-cigarettes altogether.

During the outbreak, we’ve seen vape companies make products without adequate testing. Many EVALI patients used products thinned with vitamin E acetate. Additives like vitamin E acetate are associated with patients suffering from EVALI and need to be avoided. However, vitamin E acetate wasn’t confirmed in every EVALI case suggesting there are other vaping related deleterious characteristics or compounds that result in EVALI.

We need test results from the “vapor”/aerosol delivered to the body readily available for consumers. Only a fully informed consumer can be empowered to evaluate their nicotine use and make such consequential adult decisions. The FDA needs to increase transparency to the consumer with a standardized product fact sheet and applicable warnings.

So what happened? In 30 days, flavored e-liquid cartridges except tobacco and menthol flavors can no longer be sold without risk of FDA action. Also, FDA enforcement will prioritize companies that fail to limit access or promote products to minors.

The aim of this FDA enforced ban seems to be Juul and like companies who have been selling flavored cartridges. The explosion of pod use in high schools across the U.S. has caused an increase in tobacco use amongst minors.

This ban attempts to curb product access for youth but fails to focus the public and regulators on the harm of these devices. When heat changes the chemical composition of an e-liquid and delivers it to a consumer, the specific combination of device, e-liquid, and usage pattern determines harmful byproduct production. The availability of open tank systems permits an unreasonably wide and dangerous range of byproduct outcomes. Moving forward, we need to know what consumers inhale, and the best way to do that still is with closed systems.

Yes, burning is hot, but so are the vape devices in use today. Big vape implemented calculated misinformation campaigns alongside clever product development to brew up an imminent danger to public health. Specifically, they focus on emulating the experience of combustible products in their reduced risk product portfolio, rather than prioritizing safety. Their focus hasn’t budged despite the mounting evidence that heat-based tobacco and nicotine products still produce unsafe levels of toxins and carcinogens.

That’s where VFC comes in. This site informs readers about the current state of the vaping industry and the dangers of tobacco consumption. Vaping has a lot of bad players and a lot of problems to be solved, but with transparency, tobacco and cannabinoid consumers will be able to make informed decisions. It’s about time we clear the air. 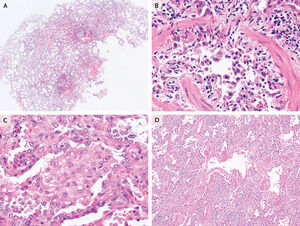 Stay Up To Date With Vaping News!

You have Successfully Subscribed!